Abu Hanifa is one of the earliest Imams of jurisprudence in the Islamic world. He had read up on a great many things on his road to outlining the first juridical framework of its kind within the nascent Islamic civilization.

Among that texts that he went through were 5,000 narrations (or 50 or 500 thousand according to some) attributed to the Prophet Muhammad (saw). These narrations are known as Ahadith (singular: hadith) According to later biographers, the Imam advised his son, Hammad, that out of this corpus, five contain the essence of the entire collection, and these five are fittingly abstract and sublime:

1. Deeds are by Intentions

Perhaps the most frequently transmitted and quoted narration, it predates the legal concept of mens rea (guilty intention) by 700 or so years.

Not all our intentions and thoughts come to fruition, sometimes thankfully. Similarly, not all our deeds turn out out to be the outcome of our true intentions. The intention is the cause of the deed and should be taken into account, in both moral and criminal matters.

2. Mind your own Business

Towards the perfection of one's faith in Islam is the attitude that the person leaves alone what doesn't concern them.

The aforementioned concern should not be construed in a narrow sense as some do: what is not of direct physical or spiritual benefit to the person should not be their concern. That would be a very selfish point of view and would certainly pleaese those in authority and power.

A dutiful social person would be interested in their community and state but their concern should be constructive and should not extend to matters that are best left alone. Matters left alone are usually those that will take care of themselves over time, or are matters of individual preference, freedom and taste.

3. Love For Others what you Love for yourself

Very similar to the 'Golden Rule', it is the foundation of equality, empathy and charity.

4. Right and Wrong are Clear

Stay away from temptation. Primarily, faith and the law have laid down the extremes of behaviour that definitely result in good and bad results. There is a gap between them where a person's own judgement is paramount, and that is where the more cautious will be happier. The remainder of this narration describes a shepherd whose cattle might be tempted by the green grass of a forbidden area.

5. The Harm of the Tongue and the Hand

"A Muslim is one from whose tongue and hands others are safe." With the obvious caveats, we all know that physical violence is not tolerated in a civilized society where the use of force has been ceded to a sovereign ruler. Avoiding physical violence is the minimum as the unrestricted use of the tongue is just as harmful. 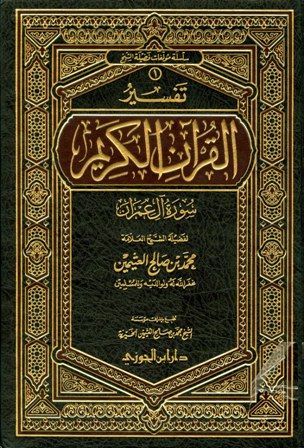 Exactly five years ago, I engaged in a deep theological debate with Waqar Akbar Cheema on a mis-translation of a verse of the Quran 3:144. I am always very