The well known British historian, Edward Gibbon, describes the rise and expansion of Islam as: “one of the most memorable revolutions which has impressed a new and lasting character on the nations of the globe.”

A study of Gibbon's digression towards the East must be studied in detail because it was written at a relatively stable equilibrium between the East and the West.

Garth Fowden begins his review of this historian's work with these words:

Gibbon’s chapters on the Islamic worldremain little read and less studied. There arethree reasonsto regret this. First, it is perverse to ignore the views of a great historian on a matter that so preoccupies us. Secondly, by examining theorigins and expansion of Islam in the context of the decline and fall of the Roman Empire, Gibbon raised the question whether Christendom –Latin, Greek and Oriental –can be regarded as the sole legatee of Antiquity. Thirdly, the whole enterprise foreshadows our current concern with global history. Few individual historians before or since Gibbon have felt confident to tell the story of both RomesOld and New, the Umayyad and Abbasid Caliphates,and thekingdoms of the Islamic Commonwealth that sprouted onthe ruins of the Abbasid stateand beyond it in Turkish Central Asia, from the late ninth century onward.Yet only by addressing all these polities, and the peoples who constituted them, is it possibleto write the history of Eurasiain such a wayas to do justice to Asian as well as European perspectives.

Read the rest of this seminal paper. 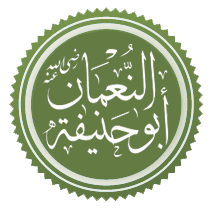