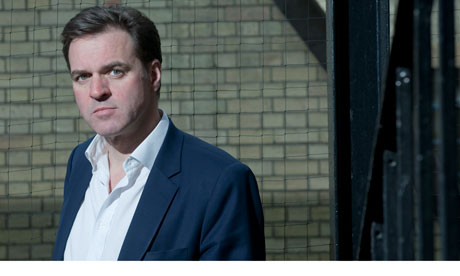 I have been meaning to write about this spat between two historians for a while but the holiday season took priority.  First of all, let me make my position clear: scholars like Niall Ferguson are distinctly responsible for giving intellectual cover to all kinds of unsavoury ideologies that are creating problems for the rest of the world today.  While their words may be walking a fine line, the images they conjure up in the minds of others lead to a two-tier world that is simply not acceptable to civilization as we know it.

In his book, ‘Civilization: The Six Ways the West Beat the Rest’ (I won’t link to it), Ferguson describes the six ‘killer apps’ of the West that not only provided it deserved dominance, but seeks to justify an approach that may serve little more than a continued dominance at all costs.

The World is not a Corporation

Yes, the West has given a lot to mankind, and yes, it has been relatively careful about the way in which it has gone about its imperialism.  However, the world is not a corporation where if you don’t fit in, you can quit and go join another company.  We all live here and we will continue to live here.  The world is shared, and being an equal resident of this planet is the essence of being human.  There dies Ferguson’s ‘killer apps’ theory insofar as it seeks to instil an intrinsic superiority of Western humans over the rest of humanity.  It may not spell it out as such, but that is exactly where it is heading.

The West did not invent the wheel.  It built on millennia of human endeavour and discovery.  It is humanity’s shared legacy.  Just as microprocessors doubling in speed every two years cannot claim to be greater innovators than the discoverers of mathematical principles that gave rise to logical processing, similarly the consumption-driven pace of change in the recent past cannot discount the trials and errors of millennia of human civilization.  Trying to slot modernity for a certain nationality or race is eerily like Fukuyama’s ‘End of History’.  Instead of contributing to human solidarity, it tends to isolate humans as ‘the rest’.  I refer to this as the ‘Great Lie of the Cold War’ which built the myth of a United-Nations-driven shared world, where people from all non-Communist countries collaborated — only for them to be called ‘the Rest’ in the post-Communist era.

Let us look at it from another angle.  Who is more important and materially successful and thus — by street wisdom — entitled to dominance?  The bottom of the food chain or the top? The shark or the plankton?  The beggar or the tycoon?  The villager or the urbanite?  The farmer or the banker?  These comparisons can be extended to absurdity but the inevitable question at the end would be: by what yardstick?

Pankaj Mishra, another historian, took Niall Ferguson to task and called his two-tier approach what it is.  I had a chance to read the book, and I agree.  Western success has been a product of liberal thought and equality before the law — and so has the success of every dominant empire in history.  Niall Ferguson’s thesis goes against both.